Being ‘the man on the ground’, David offers an invaluable service to overseas film and television producers, smoothing the way for filming in Scotland. 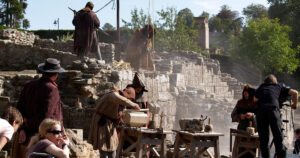 In recent years he has been local Production Manager and Location Fixer for American companies such as The History and Discovery Channels, as well as film-makers from Europe and as far afield as India.